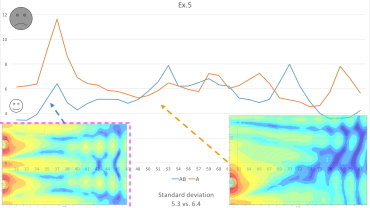 For better or for worse, many of the sound systems that we encounter today still use uncoupled subwoofer arrays placed to the left and right sides of the stage and there’s nothing we can do about it. This creates peaks and valleys of summation and cancellation through the room (power alley). For many years I have used and recommended a trick in these scenarios – turn one sub off.

In this article I will attempt to prove its viability.

How did we end up here?

If you are now asking why I would ever use an uncoupled sub array, then this article is not for you. This article is for the people who get stuck in this challenging situation because they walk into a room where the subs are either nailed to the floor or are physically supporting the mains and therefore, cannot be moved without moving the mains.

If you regularly work in small spaces, trying to fight this is a losing battle. The client and artist want to see symmetry and you want to keep your job. So how do you give everyone what they want?

Turn one sub off? Let’s find out.

Why would we ever want to turn one subwoofer off? Won’t that always give us less power?

But our goal is not potential power. Our goal is minimum variance. Power can be scaled with our amplifiers or system processors. So as long as our SPL requirements and frequency response targets can be met with either two or one subwoofer playing, we are free to pursue a solution with less level variation over frequency.

How will we figure this out?

Eventually, I would like to experiment with this in many different rooms, but for efficiency, I will use a MAPP XT to run predictions.

My first thought was that I could simply compare different prediction plots and see which one had less color variation. When I enabled the wall reflections, this method quickly proved inadequate. I couldn’t tell which had less variation. So I asked my dad for help.

Craig is an expert in machine vision and pattern recognition and is working on a project for EyeLock around iris-based identity authentication. With the exported images from MAPP XT, he showed me how to generate a single number representing standard color deviation from each image.

What is standard deviation?

After running a few tests, I realized that this method was inadequate because it only tested the designs at a single frequency. I could export more prediction images at more frequencies, but that would take forever. Craig suggested that I turn all of those colors into numbers to make them easier to analyze. That’s when I realized that MAPP XT can export the measurement of a microphone position as an Excel file, which I could then analyze for standard deviation.

Here is my first, completely fictional design. But one I believe represents the dimensions of many small spaces. 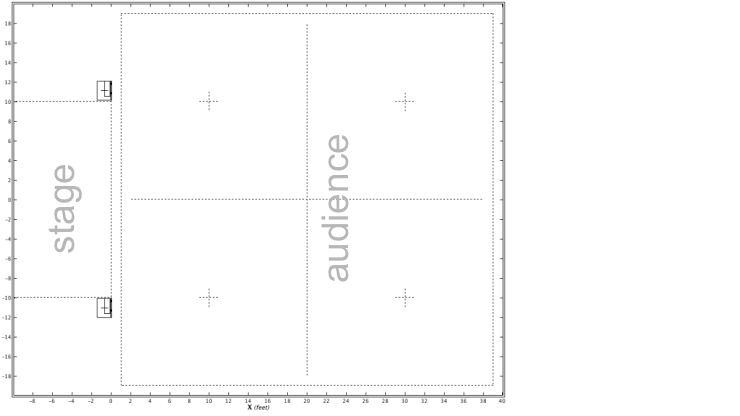 Here is a prediction with both subs on at 63Hz. 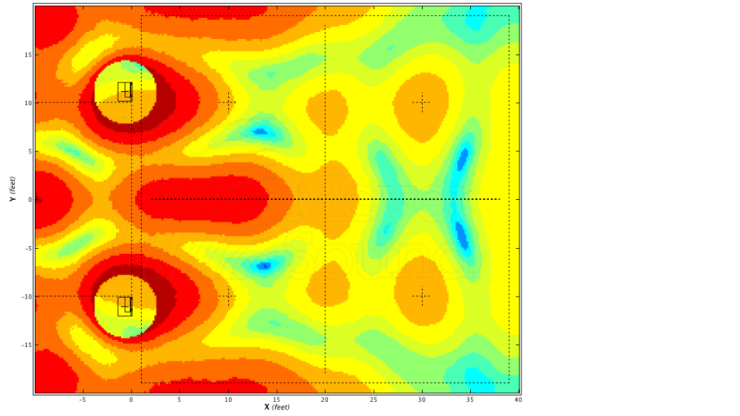 Here is a prediction with one sub off. I want the prediction to include as many real world complexities as possible so I have enabled the walls. 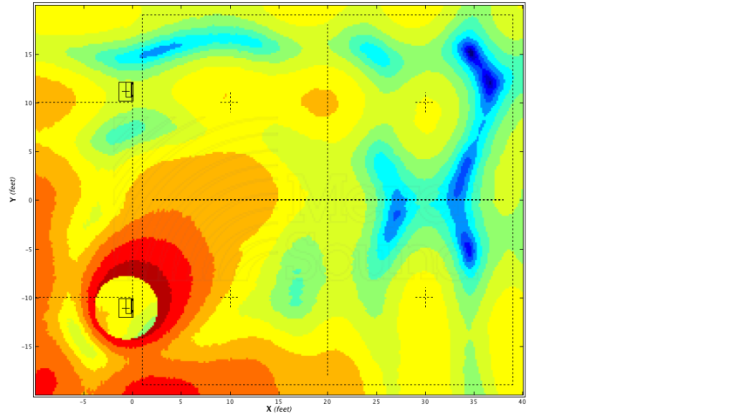 Which one is better? How will you choose? To me, the answer is unclear. With both subs on there is less blue, but with one sub on there are less hot spots of red.

Wouldn’t it be easier if we could apply a value to each for a more objective approach? 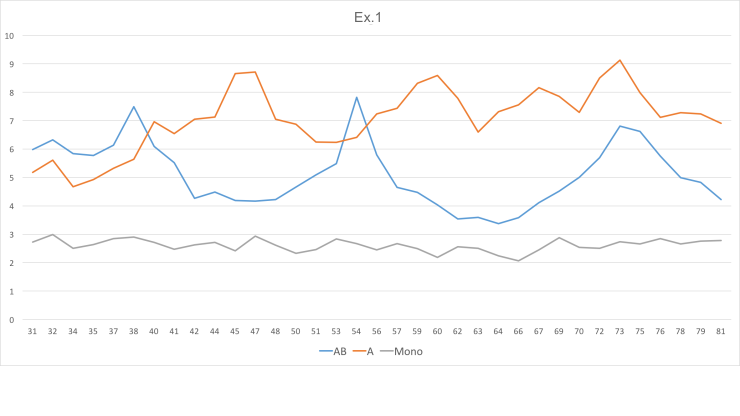 Here is the same graph with a few more symbols to help explain what’s going on. The Y-axis is standard deviation from low 😀 to high ☹️. The AB and A predictions are shown at the bottom left and right. The winner, with less average deviation gets a pretty pink box. 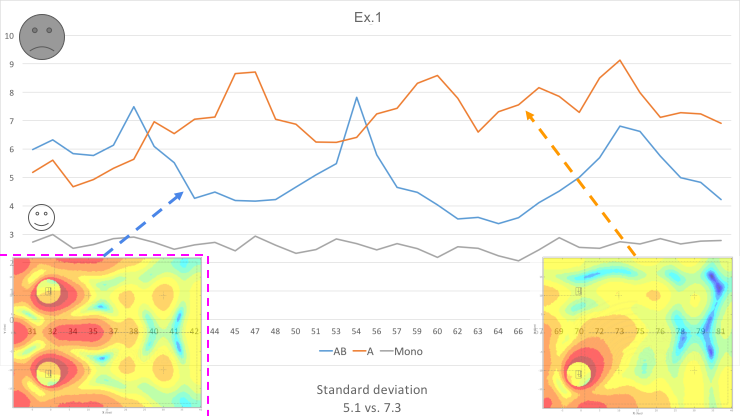 I think it is pretty clear that in this situation there is more standard deviation between 30-80Hz with one sub off. So far, my initial hypothesis is wrong.

Let’s run some more experiments to be sure.

Let’s start with my original fictitious design. The average standard deviation with both subs on is 5.1 and with one off is 7.3. Winner: Both subs on. Here’s that comparison again.

Next I wanted to test a wider room. 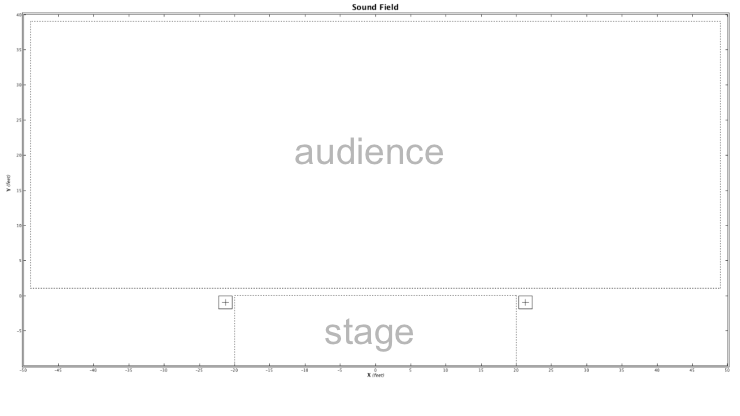 The average standard deviation with both subs on is 5.3 and with one off is 6.9. Winner: Both subs on. 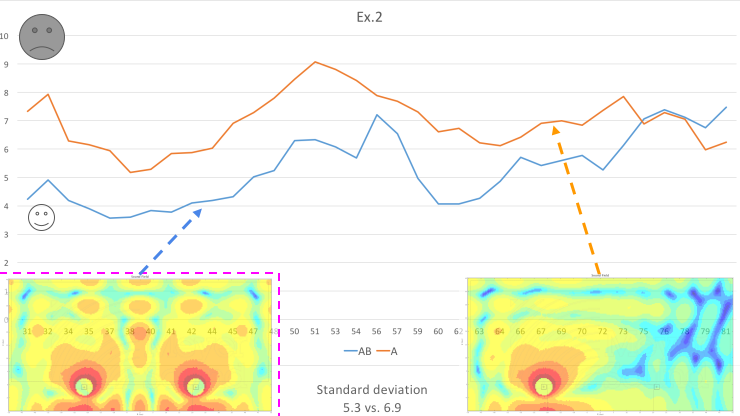 I reached out to my students and connections on FB and received a handful or recent real world designs. This one comes from Kevin who was curious if he might potentially get less LF variation across the audience with a single sub. 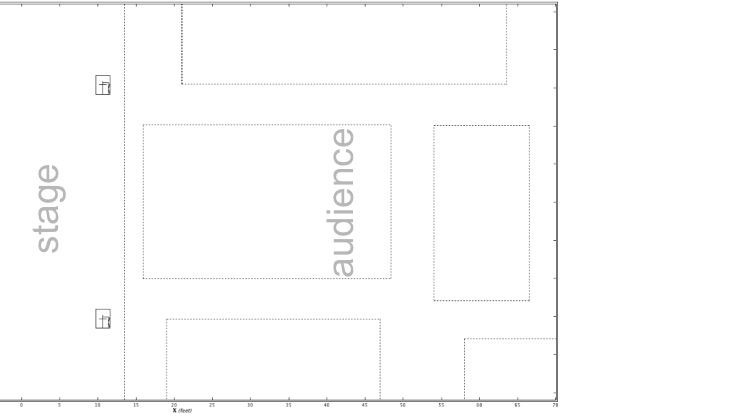 The average standard deviation with both subs on is 5.5 and with one off is 6.1. Winner: Both subs on. 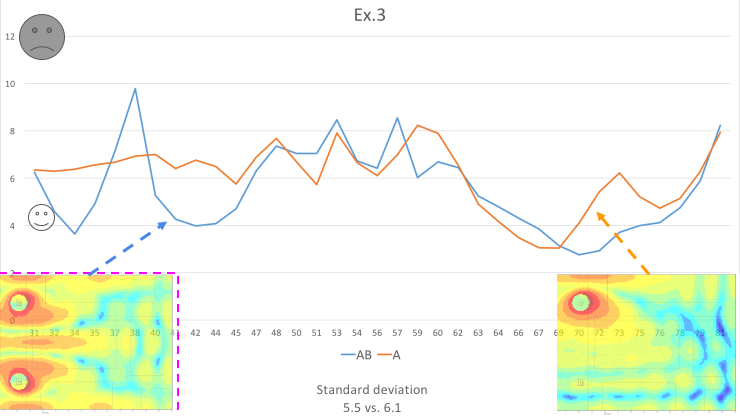 This one comes from Bastian and is a perfect example of those situations in which you are very limited with placement and need to decide if it would decrease variance to put all of the subwoofers on one side. 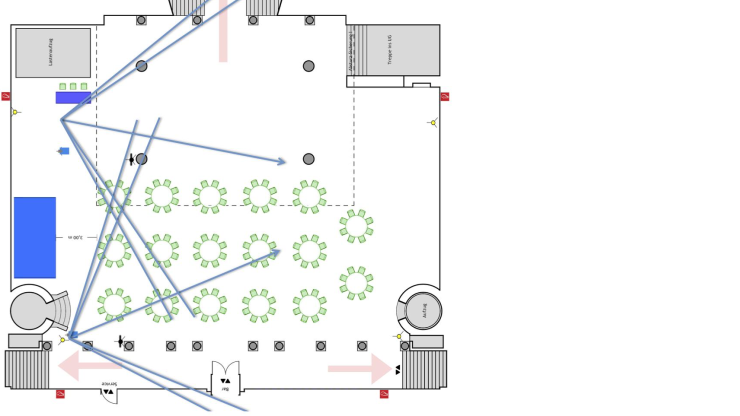 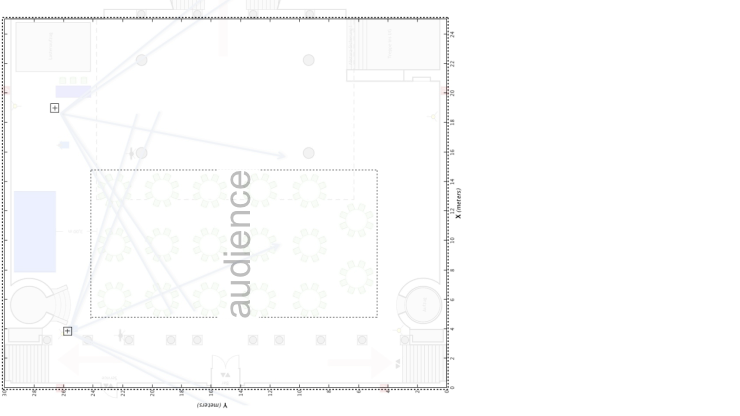 The average standard deviation with both subs on is 5.6 and with one off is 5.7. Winner: inconclusive. You could call it for both subs on, though, if you wanted to give more weight to 41-52Hz. 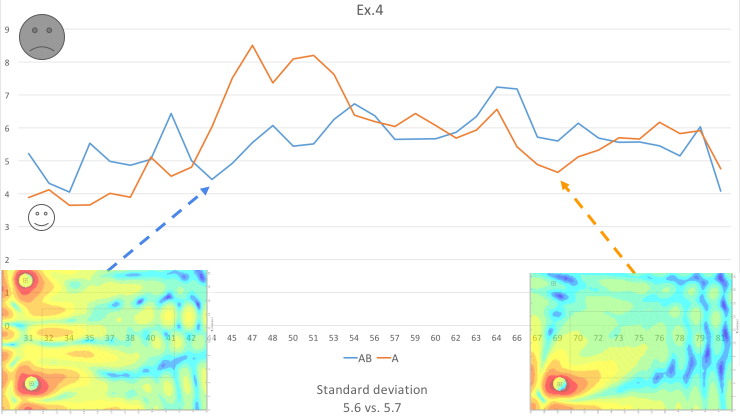 This one comes from Lou out in Sacramento. I went out to meet with him and other students in January and he invited us to help him out on an concert at Granada Theatre in Morgan Hill. 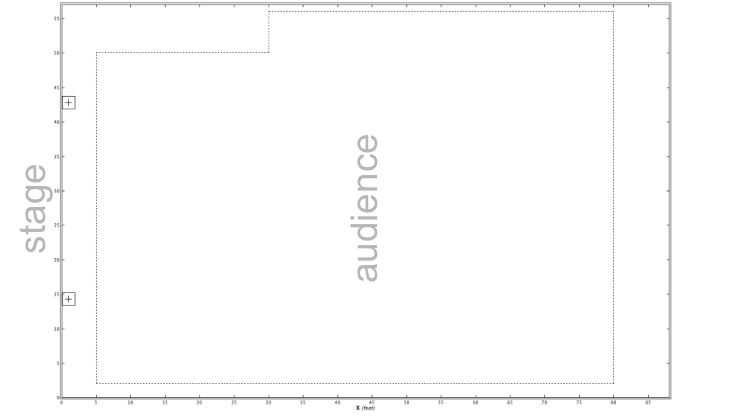 The average standard deviation with both subs on is 5.3 and with one off is 6.4. Winner: both subs on. 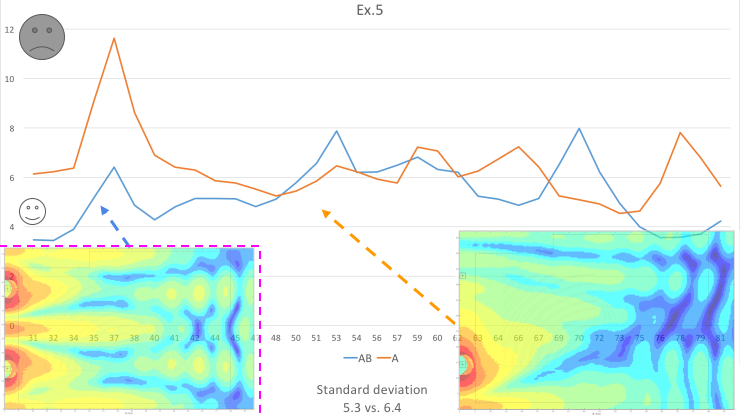 But does this actually work in the field?

Here are four measurements we took with both subs on. 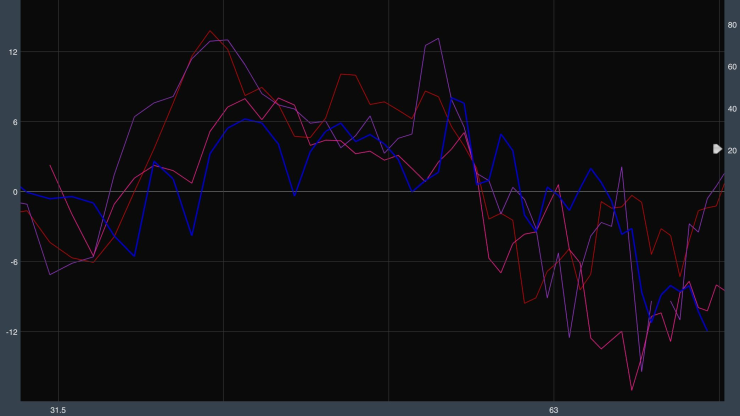 Here are measurements taken at the same positions with one sub on. 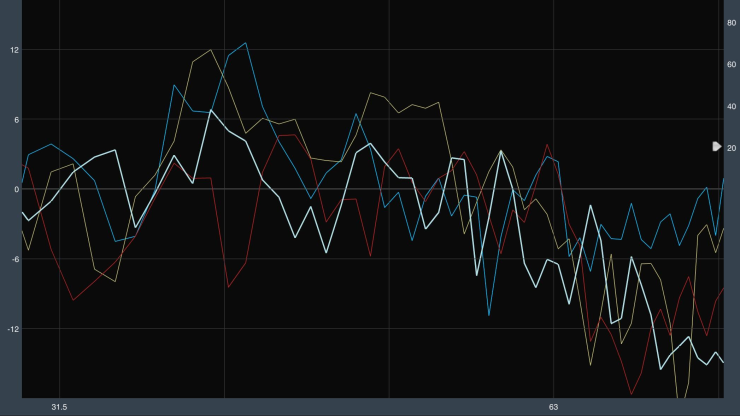 Here is a comparison of the standard deviation. The average with both subs on is 3.6 and with one off is 4.4. Winner: Both subs on. 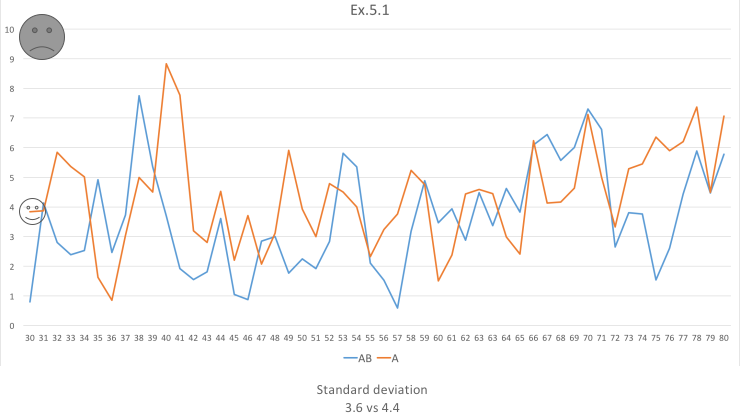 The predicted vs measured difference in standard deviation is 0.3. Seems like it works. 🙂 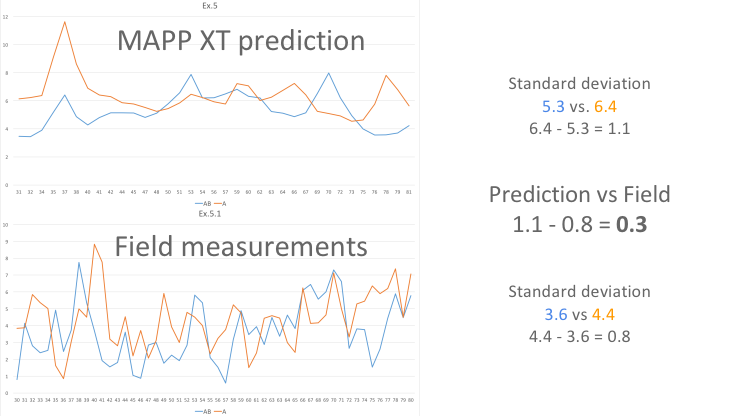 This one comes from Chris, whose band plays often in hotel ballrooms like this one where the subs are placed stage left and right. 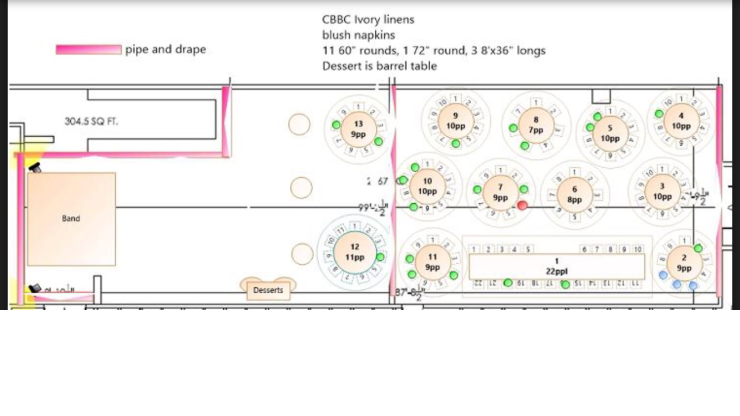 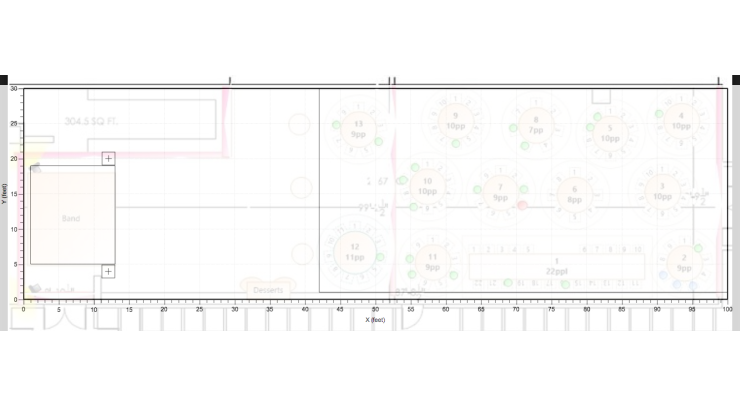 The average standard deviation with both subs on is 3.3 and with one off is 4.4. Winner: Both subs on. 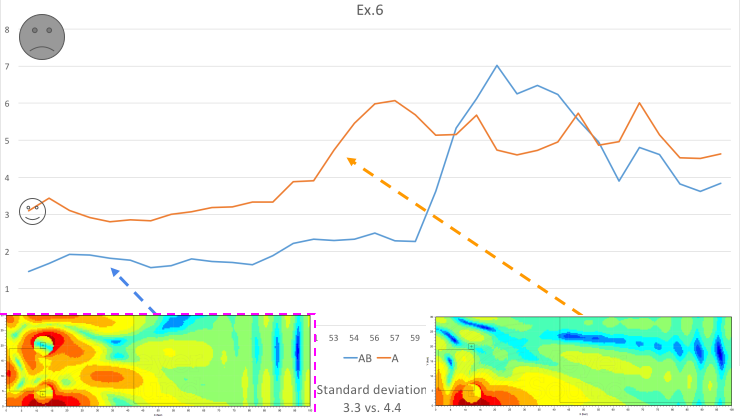 So why doesn’t it work?

At this point you might be thinking, “Nathan, why did you waste so much time proving something that we all knew already?”

I wanted to be right. I’m always looking for shortcuts and this has been one of my go to answers to how to fight power alley. I needed to do a bunch of tests to prove to myself that I’m not right.

The more important thing here is that I now have a workable, if somewhat time consuming, method to objectively compare two designs for minimum variance.

Wouldn’t it be great if we could have an objective benchmark for all of our designs instead of only relying on past experience and an educated guess?

The solution I would love to see is something like the spreadsheet I developed, but in real time. Wouldn’t be amazing if you could move the subwoofer over 5 feet and watch the standard deviation change in real time instead of needing to going through every step I did for this article?

I understand that there is no silver bullet and that it is foolish to attempt to reduce the complexities of acoustics into a single number, but more information can only be good, right? And if you have a binary decision to make between design A and design B, a method for choosing less variation would be helpful.