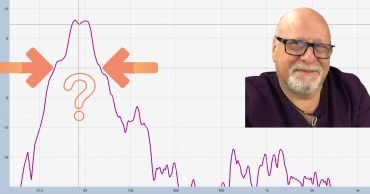 In this episode of Sound Design Live I talk with the founder of SIA Acoustics and SIA Software and the originator of Smaart©, Sam Berkow. We discuss acoustics, sound system design, and audio analyzer pet peeves.

It’s always cheaper to design it right the first time. 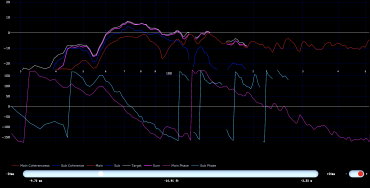 What if I want to compare my speaker to your speaker to see if they are compatible? Is there any way to actually do an apples to apples comparison?

Let’s look at an example.

My first idea is to check the loudspeaker manufacturer’s website to see if they have anything that could help. Maybe they have their own modeling software or GLL files I can compare.

Nope. No software and the EASE data offered is only for standard EASE ($2,330), not EASE Focus ($0). Time to start making some calls.

Good news. I found both, but they are in different locations. My friend Amy in Austin has a PRX615M and my friend Burt in Berkeley has a PRX618S. I ask them to take measurements and send them to me.

So far, they don’t seem compatible. The magnitude and phase don’t match.

I thought about asking them to match their preamp settings, but Amy has an OctaCapture and Burt has a UMC404, which has a totally smooth preamp knob. We could probably figure out a way to match their preamps with a meter, but that would still leave the measurement mic out of the equation. Luckily, I remember that Amy and Burt both have microphone calibrators.

I have them do two things:

The magnitude data looks like a closer match now. Things are looking up.

Let’s figure out what’s going on with these phase traces. Are they really that far off, or is there something I’m missing.

I could ask them to redo the measurements, but maybe I can fix the timing offset manually. If the sub (PRX618S) was measured 0.77m closer than sub (PRX615M), then its measurement needs to be delayed by 0.77m to be in synch. I’ll use the Phase Invaders to add 0.77ms of pre-delay to the sub.

Closer, but they still don’t line up. That’s when I realize that there’s an important feature of the 2-channel analyzer that could also be out of synch. I compare the delay locator setting used with each measurement. They don’t match.

Right! If forgot that the delay locator often doesn’t work on LF drivers. Maybe we can figure it out.

How do you add pre-delay in the field? It doesn’t exist, but there is a workaround. Try adding 10ms of delay to all of your outputs before the alignment process. Then you’ll be able to add or subtract delay from any channel. Remove any excess delay at the end of tuning.

Note: The proposed procedure does not test max SPL, but does compare relative sensitivity. For max SPL testing, see m-noise.

Have you tried comparing measurements through space and time? What were your results?

Will there be enough headroom?

Maybe not to measure max SPL, but we’re just comparing sensitivity. Once the inputs are calibrated you can adjust the signal generator level all day and the measurement will stay the same. 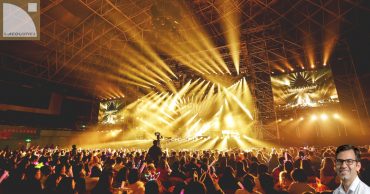 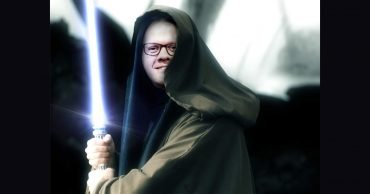 Hypothesis: By choosing a lower crossover frequency I can expand the coupling zone between main and sub.

Conclusion: While lowering the crossover frequency does expand the coupling zone between main and sub and this fact may influence the system design, its advantages are secondary to the efficient functionality and cooperation of both drivers.

Coupling zone: The summation zone where the combination of signals is additive only. Phase offset must be <120º to prevent subtraction.

While working on a recent article about crossover slopes I started thinking about main+sub alignment and its expiration. If we know that ⅔ of the phase wheel gives us summation and ⅓ of it gives us cancellation and we know the point in space where the two sources are aligned, then we should be able to predict the expiration date of the alignment, compare it to the audience plane, and consider whether lowering the area of interaction will benefit coverage.

If two sources are aligned at 100Hz and the wavelength of 100Hz is 11.3ft, then a 3.8ft distance offset will create a ⅓ λ (wavelength) phase shift (120º). If we have two sources at opposite ends of a room and they are aligned in the center, then we have a 7.6ft coupling zone. From one edge of the coupling zone to the other is ⅔ λ (240º).

Lowering the crossover frequency to expand the coupling zone

Here’s a section view of a main+sub alignment where you can clearly see a cancellation at 24ft. The coupling zone is 29ft, which is 65% of the audience plane.

I can lower the crossover frequency and expand the coupling zone by 4ft, which is 71% of the audience plane.

And here it is at 80Hz. Notice that the checkered pattern indicating the coupling zone has expanded.

Instead of putting every design through every potential crossover frequency, I made a new calculator that shows the percentage of audience within the coupling zone by frequency.

I am now able to quickly compare the potential benefit of selecting one crossover frequency over another by how much the coupling zone will expand or contract. Using the example from above we can see that changing the crossover frequency from 100Hz to 80Hz only provides a 7% improvement. This doesn’t seem significant enough to make a system design decision, but it could be included in other factors in the decision making processes.

Let’s look at another example. In this case the vertical distance offset is reduced and the audience depth is increased.

The calculator reveals that a 120Hz crossover would include 58% of the audience in the coupling zone, but a 75Hz crossover gives us a 13% improvement.

Should I use this calculator to pick my crossover frequency?

No. When it comes to choosing a crossover frequency there are other more important factors to consider like mechanical and electrical limitations. If your design only puts a small portion of the audience in the coupling zone, changing the crossover frequency is not going to save you.

Instead, start by observing the manufacturer’s recommendations, then the native response of each speaker, and the content of the show and its power requirements over frequency.

All that being said, knowing more about the expected performance of a sound system is powerful. I might make design changes based on the calculator’s predictions. I might I do nothing. Either wa,y I walk into the room with fewer surprises during the listening and optimization steps.

If lowering the crossover frequency increases the coupling zone, why not just always make it as low as possible?

I don’t have a great answer for this question. As I mentioned already, there are limitations to how low you can go. One major tradeoff is that your main speaker will need to handle more and more power as the crossover frequency lowers, making it less efficient.

One clear benefit I can see is estimating the viability of an overlap crossover. If you are planning a system with an overlap crossover that goes all the way up to 120Hz and you look at the calculator and see that 120Hz will only be coupling through 50% of the audience, you might decide on a unity crossover to limit the main+sub interaction into those higher frequencies, making it more stable over distance.

What about aligning at 3/4 depth?

Right! I included a phase offset option to test this and it makes a big difference. In the most recent example, if I use a ⅓ λ offset (120º), the portion of the audience in the coupling zone goes up to 88%.