Merlijn van Veen is a sound engineer and system tuning expert in the Netherlands.

He has been with Harlekijn Holland, the company of renowned European singer Herman van Veen, for the last 8 years and mixes more than 150 performances a year, both indoor and outdoor. 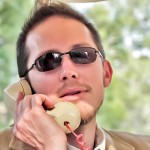 NATHAN LIVELY: What’s your favorite thing to do in Soest (Netherlands) when you’re not working? 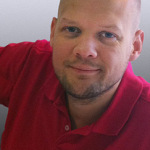 MERLIJN VAN VEEN: I love to watch blockbuster movies and television series. I also like to play games (board and computer) and have a profound passion for making various calculators to aide me in my educational endeavors.

Since the arrival of my 15-month-old daughter, it has become a challenge to find free time between her, my wife, and work. Being on the road a lot is a blessing in disguise. There’s lots of time to kill and this is where I made most of my calculators.

How did you get your first job in audio?

I quit the Art of Sound (studio recording) education at the Royal Conservatory in The Hague before graduating, arguably for misguided reasons. I’m never sure whether to regret it or not. It’s funny if you think about it because 15 years later, they invited me to teach system design and optimization over there. 😉

When I dropped out of school, the department head at the time gave me a contact at the Dutch Broadcast Company, something I’m still humbled by today. One week later I was doing sound for the worldwide first edition of the reality show Big Brother. I worked on that show and various others for the next 5 years.

I know you are on tour right now. Walk us through a day in your life.

Correct. We literally just started our national tour in the Netherlands, which will continue until summer 2015.

Our country is an exception to many European standards when it comes to installed sound systems. We have little over 450 theaters and pretty much all of them come with decent sound systems that are included in the package so to speak. That being said, there’s still room left for improvement IMHO.

Even today I run into a lot of what I like to think of as understandable misunderstandings. By that I mean poorly-informed decisions caused by a lack of understanding with regard to physics that lead to over- or under-coverage and poor time alignment and level management. This is one of the reasons I started teaching. Today I primarily listen to raw pink noise on untuned systems. I have my preferred tracks that I like to listen to but only after I tuned the system and have plausible reason what to expect.

In the past when a given system was supposedly designed and tuned by a renowned engineer, I’d be intimidated and automatically assume that it would work out fine only to find out that he or she apparently had a different application in mind.

On tour, we start at 1PM with the load-in. After the desks and multicores have been put in place I’ll request access to the system, preferably a direct connection, respecting their speaker protection. I carry a Dolby Lake Processor with me which I prefer 9 out of 10 times over the house DSP as it will save me some propagation delay and AD-DA conversions.

I’ll spend anywhere from 1 to 3 hours (depending on the complexity of the system) tuning the system using Smaart v7 and four microphones. This might seem like a lot of time but I know from experience that I’ll be thankful for it by sound check because I will have provided myself with a white canvas, a frame of reference. This way of working has allowed me to produce consistent results from venue to venue with the exception of natural reverberation, which is inherent to each venue.

Around 4PM we do a brief line check, about 40 channels, and 5PM is dinner time. Sound check starts at 6:30PM and lasts till doors. The show starts at 8PM. Two sets, each an hour long, and as much as one hour of encores.

Load out takes an hour and on most days I’m home between 1AM and 3AM. When we’re doing a international tour, say Germany, Austria, Switzerland or Belgium, we bring our own system and start one hour earlier (noon).

You’ve created some great audio calculators to aid in system design for free on your site. Are they primarily for education or do you use them in the field?

With the exception of the Subwoofer Array Designer most of my calculators are developed for educational purposes. However, I do consult the air absorption, floor-bounce, and delay study calculators for confirmation when I’m in doubt.

What’s in the measurement rig that you take out on the road?

I use a Macbook Pro running Smaart v7 in combination with a RME fireface 800 audio interface. I’ve got five microphones: four Audix TM-1s and one DPA 4091. The Audix mics have been calibrated by me (see my post at the Rational Acoustics forum for the procedure), thanks to Smaart’s microphone correction curve feature, to match the DPA within 0.5 dB (both level and tonality). I’ve been fortunate to have my DPA compared to an official Meyer Sound SIM3 DPA (B&K) 4007 and stay within 0.5 dB. Close enough for me.

The mics are connected by means of 25-meter cables on drums, and everything is color-coded using shrink tube and tape to match the color of the traces in Smaart. This way I can instantly deduce which trace belongs to what microphone and position.

Give us an overview of your procedure for verifying a sound system before sound check, once everything is set up.

When I arrive at a venue the first thing I do is evaluate the design and decide for myself which speaker(s) or array(s) are best suited to cover the macro shape. This will be my starting point and I’ll subdivide from there, making use of the available speakers.

I always carry front-fills with me ’cause there are always too few that are spaced too wide, or they’re mounted in the stage lip and have no chance of reaching the second row once the audience arrives.

Next I verify that the various speaker configurations and/or arrays are actually optimizable; this is not always the case. Then it’s all about proper speaker positioning, rotation, and aiming using laser pointers, protractors, inclinometers, levels, and both tape measures and laser distance range finders.

The latter is, without a doubt, the most important aspect of system design. It determines what is covered, how much of it is covered, and where the seams will end up.

Finally, I’ll measure at carefully chosen positions that will provide me with way more valuable information than arbitrary sampling the room in order to map system behavior. The data will guide me through the process of equalizing and time alignment.

Provided I have “good” gear to start with, I’m mainly managing:

A great deal of time is also spent phase aligning the subwoofers to the main system.

During sound check I’ll walk the room making minor (1 to 2 dB at most) changes to (sub)systems, tweaking by ear whilst keeping the above in mind.

What is the most exciting advancement in audio technology for you right now?

IMHO there are few industries that are so drenched with voodoo, superstition, and understandable misunderstandings as live audio.

There’s also a lot of valuable information and experience kept secret, through which some people become successful, that could benefit us all. Struggling to become a respectable engineer and making all the mistakes our predecessors have made before us seems un-pragmatic and doesn’t benefit the industry, the artists, and most important the (paying) audience.

I like to teach and am not afraid of creating new competition with my students. I couldn’t have achieved any of this without the help of others who feel the same way, even if I had to pay a fair price for it. I’m a big fan of the pay-it-forward approach. Besides, I’ll always be 15 years ahead of them. 😉

Where is the best place for people to follow your work online?

My website and Facebook page. This is where I publish my calculators and post articles that I feel could benefit the industry, as well as other stuff.