In the last article we looked at proactive steps that sound engineers can take to demonstrate value and make money. Now let’s take a look at some common ways to lose money in the exciting conclusion to Stevie Weenie’s Making A Living As A Sound Engineer, Part One: How To Get Paid.

PART II: HOW TO GET PLAYED

Problem: She is starting a solo show and needs a soundtrack that feels like a Disney movie with a full, sweeping, majestic symphony. She goes to the shows carrying her entire show in a camping backpack including set, costume, props, lighting and her portable CD player. She asks you to compose, record, mix, and master two hours of original music, for 50€.

Solution: ARE YOU INSANE IN THE MEMBRANE? If you are in love with this girl and you want her to be your girlfriend, or you secretly want to quit audio, become an actor with her, and run away to join the circus, then take this gig. Otherwise, pull her camping backpack over her eyes and run the other direction as fast as you can.

Problem: A small local theater company is performing the time-honored tradition of a one-man Hamlet production. The egomaniac actor-director-producer wants a CD with backup voices to be the ghosts and FX, etc. His budget is worth two hours of your time. Five hours into the project you’re nowhere near finished and the guy keeps adding new ideas.  You pull the plug and give him whatever you’ve got after six hours and refuse to take on anything else.  The director bad-mouths you to all your common friends, e.g. “We got a bad result because the sound guy is a pussy.”

Solution: Never work with this person again. Next time anything like this comes up, ask more specific questions to define the project up front…or else.

Problem: I’ve got a regular gig doing live sound, but no studio. A friend-of-a-friend has a semi-pro home studio with no live room. He proposes that we start multi-track recording the bands so he can mix the audio at home and we can sell the recordings to the musicians for their demo CD.

Translation: You’re in outer space, man. These broke, starving amateur bands come here to GET PAID, not to pay me for even so much as a 2mix off the board, and they will definitely no way in hell ever pay YOU a cut.

These next two examples have no solutions. They are just shitty situations to avoid.

Problem: A local website makes promo videos to show off their best advertisers; it looks like a thriving business. They want a soundtrack for one of the promo shorts. Location sound was recorded next to a construction site and is unusable. The actors are from another country and are not available to re-record. The client wants you to “clean up” the voices and make a soundtrack. The job is impossible from the start…and as soon as you agree to take the job, all the problems become your fault.

Result: By the time you finally finish, you’re way underpaid, they’re unhappy, and they forget to give you credit on screen and send you a final copy (both of which they promised to do).

Problem: Video producer has a contract to record a pianist for a one-minute commercial. I ask, “do you have the music prepared already?” They say yes. As soon as the session starts, the director doesn’t like the music. He says crazy stuff like, “can you play it fifteen percent less happy?” and “play it higher” (meaning louder). It takes four hours and still no result. Their budget was enough for one hour.

Result: They completely lied about having the music ready and they blame the pianist. Ridiculous nonsense.

INCOME VS. QUALITY OF LIFE 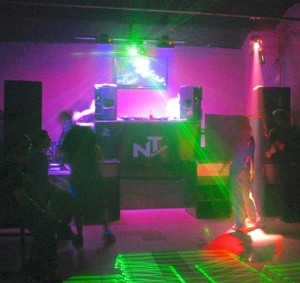 Before you even touch the concept of making a career as an audio engineer, make sure you really define what you think of as success. If you’re a creative person in any way, this business is probably not for you. Audio engineering, especially live sound, is for practical, technical, patient people who are capable of putting up with incredible amounts of bullshit on a daily basis (…without losing their temper or applying a blunt object to the skull of the perpetrator-of-insanity who is red-faced, pinching your arm and hissing “don’t fuck it up” in your ear at the exact moment when you are in the process of perfectly not fucking anything up).

I make about half my monthly income from DJ’ing and the other half from doing live sound and program management for a youth hostel that has a live sound venue in it. There were times when I was spending five nights a week there and not really DJ’ing for money (only for fun). I’ve recently changed that, because doing sound in a hotel means you are in the restaurant business, not the music business.

But it needs to be said again and again: this is not a business you get into for the purpose of making a predictable monthly income. You do it because you have skills that people need, you have a network of friends who ask you for help, and you like being out at night.

Friendliness is absolutely the most essential thing

Thanks everyone. I know you sound guys read kinda slow, so I made sure not to type too fast. 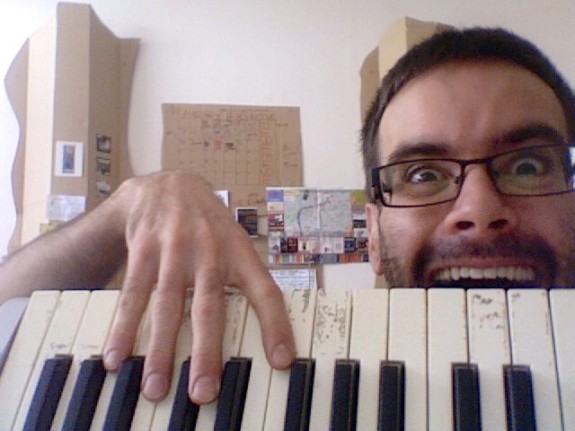 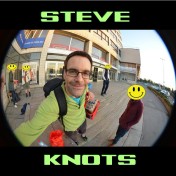 Steve Knots is a musician, artist, and sound engineer. His newest release “birds and frogs” is available on beatport and iTunes.