Where can you go for live training from Robert Scovill, Bob McCarthy, Buford Jones, Nicholas Radina, and more?

Your living room! (or kitchen, office, studio, whatever)

I'm bringing together some of my favorite teachers for two days of online live sound training and networking. Plus, everyone will get a discount to SoundGym and be able to enter the Lifetime Pro Membership Giveaway. 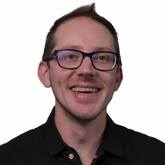 Jon Burton: FOH and monitor engineer for artists such as Radiohead, Suede, Pulp, Stereophonics, and The Prodigy. Writer and teacher for PLASA, Sound on Sound, and SoulSound.

Justin Grealy: Is the origin of the verb 'to greal' as in to greal a stage which means to thoroughly, neatly and legibly label everything on and around a stage.

Nicholas Radina: Audio engineer, musician and educator based in Cincinnati, Ohio. He teaches live sound fundamentals and wireless RF problem solving though SoundNerdsUnite.org, as well as writing regularly for Live Sound International magazine, ProSoundWeb.com and CincyMusic.com. When not turning knobs stage left as the monitor engineer for the band O.A.R., he can be found stage right smacking cowbells with local Cincinnati Salsa bands!

How much is it?

Yes! All of the sessions are informal and interactive.

Can I ask questions?

Don't worry, it will all be recorded. Make sure to get the All Access Pass.

What if I can't make it on time?

Video: How to War-Game Transmitters