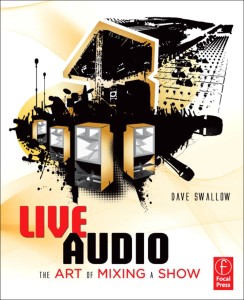 Did you hear my interview with Dave Swallow? You should. In our conversation it was obvious that he has a ton of valuable information to share, but that information is kind of hidden in his book. Let’s dig around in the dirt and pull out the gems.

Swallow spends a lot of time covering information that you can find in the user manuals for mixing consoles and outboard gear. It overshadows his personal experiences with mixing, which were the parts that I found interesting AND that I couldn’t find somewhere else. If I were to edit this book, I would cut everything but the personal experience.

I found the summary of audio basics to be too brief, and disconnected from the practical goals of the book. It would probably be better served with footnotes and a glossary.

Some parts of Live Audio are just plain misleading.

For example, the section on hearing loss prevention is misleading because he says, “You can’t wear earplugs while you are mixing because then you won’t be able to hear what you are doing,” then later mentions that molded earplugs are “worth the money.” The truth is that many artists and engineers work with molded ear plugs and IEMs and enjoy slower hearing loss and a longer career because of it.

I do really appreciate this point, though: “Don’t put anything down your ear.” It reminds me of a story I heard from a friend about new military recruits that had access to medical facilities for the first time and would excessively clean their ear canals, leaving them dry and irritated. Ear wax is normal. 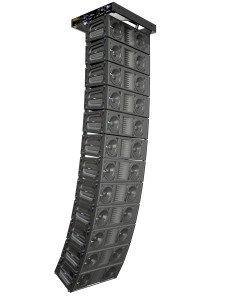 Some of Dave’s comparisons of point source and line arrays are also misleading.

I understand that Swallow is introducing these concepts in a way that won’t be overwhelming, but you can’t just skip to the end and lead the reader to think there is nothing more to know, that things are always one way. My advice is to take his rules of thumb with a grain of salt.

Another confusing subject is the environmental effects of humidity and temperature. Swallow’s comments on directional transmission are helpful, but he makes a big deal about temperature increasing the speed of sound and having some effect on high frequencies. I read it several times and didn’t understand what he was trying to say. Here are three important things to remember about temperature and humidity from Sound Systems: Design And Optimization:

And one more thing that is just plain wrong: “To measure a room’s frequency response, you use a real-time analyzer (RTA).” Why is this wrong? Please read this.

And then, a saving grace! Remember in my article on controlling feedback onstage when I condemned “ringing out” stage monitors? Swallow totally agrees! See? I’m not crazy. The world is crazy!

This procedure…is extremely annoying for anyone else trying to work in the room and is considered by most industry professionals to be extremely amateurish. Instead, you should understand what the frequencies do in terms of how boosting and cutting each frequency on the graphic affects the overall sound…Do not sacrifice the sound of the system just for a little more volume.

Also, Swallow’s explanation of why graphic EQs are pretty much useless is right on the money. I’ve already beaten that subject to death on Sound Design Live.

Hey, remember in my interview with Philip Graham when he challenged my assumption that dynamic mics are more forgiving than condenser microphones on vocals? Well, read it and weep Philip:

A dynamic mic can be much more sympathetic, more forgiving to a bad mic technique…

There are some sections that a good editor should have just cut. For example, in the section on using an SPL meter Swallow describes the fast and slow response settings: “If you have a fast reading, you’ll see the numbers changing very quickly on the display, whereas with a slow reading, the numbers change much more slowly.” Really? You just wasted seven seconds of my life. I can’t get those back now.

So where are the good parts in this book? 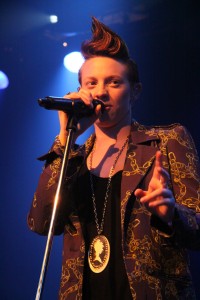 The value of Live Audio is Swallow’s personal experience. For an example in this section on how he uses Pitch Shift:

With La Roux, I use +4 on the left side and a delay of 14ms; on the right side I use -14 and a delay of 4ms. When combined with the vocal, it gives a very unique sound and sinks the vocal into the music while still keeping it loud enough to be heard.

This is gold! I had never thought about using pitch shifting in live sound before! Why can’t the entire book be like this?

When we get into the chapter on mixing is when Live Audio starts reading like great advice and less like a bad user manual. His suggestions for  equalization, dynamics, and effects processing are very helpful. Also, the section on microphone technique is useful and gave me a lot of god ideas to try. Especially his five-mic array for piano.

I really appreciate Swallow’s suggestions for critical listening. I generally try to work really fast and have been guilty of trying to fix everything with EQ. Swallow reminds us throughout the book to walk around the venue and stage when there is a problem we cannot identify.

His best tip on soundchecks is to finish the soundcheck on the first song of the set so that everything will be set to go right out of the gate. Brilliant.

I’m glad Swallow talks about panning and stereo because I’ve long wondered why anyone would ever setup a stereo sound system when only a small portion of those people in the center will hear in stereo (see What’s wrong with stereo?). Swallow answers this question by explaining that while yes, stereo panning will produce a different result in each seat of the audience, it also produces a sense of spaciousness that everyone enjoys. And now I remember that Bob McCarthy said pretty much the same thing in our interview. Basically, stereo is here to stay because people like it and there are ways to accomplish it without sabotaging your system optimization.

I can see how this book might be good for a stage manager or technical director who doesn’t have experience in pro audio and may want an overview of how it all works. But if you are a sound engineer, skip to the sections with personal experience and definitely read the mixing chapter. Because honestly, Live Audio is not based on science. Swallow has toured the world making music, so when he says that something works or doesn’t, it’s because he’s been there and done that.