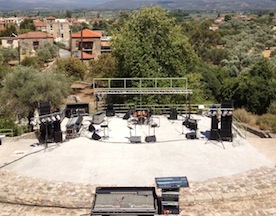 Dimitris Sotiropoulos is a Greek sound engineer who has appeared on Sound Design Live in How To Use Plugins with an Analog Console And Wireless Control, How Much Do Live Sound Engineers Make?, and Sound Design Live Podcast Greatest Hits Volume 1. He is a good friend, a great engineer, and I really appreciate his views on business, audio, and life. In this post he describes the prerequisites for being a successful sound engineer and gives us a detailed look into how the ongoing economic crisis has affected his work. 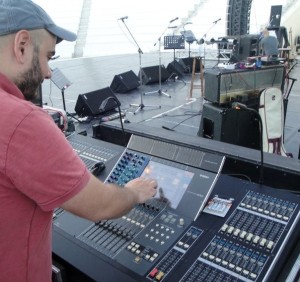 Working as an audio engineer is a life-long commitment. Money does come, but at a toll. Many engineers out there find it difficult to combine the profile of a hardworking sound guy with a great social dude, friend, and lover. So the question might be: The harder one works, is there more for him to earn, learn, or burn? The answer changes every day. Working at a mix console and working as a bank teller just aren’t the same. Enjoy at your own risk!

Times Have Changed In Greece 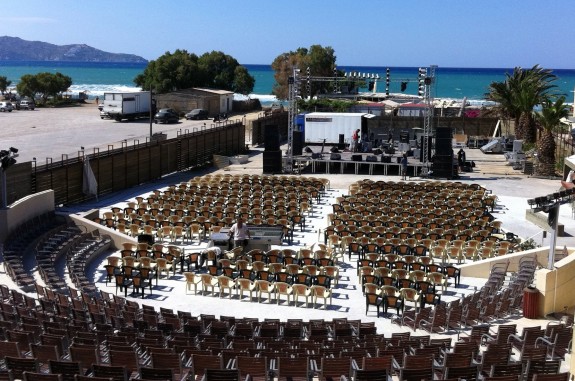 My point of view at the moment is impaired, due to the huge economic disaster that has stricken Greece over the past four years, with actual unemployment way above the officially-measured 27.4% today.

Once upon a time, I had several studio projectsg as an engineer at one of the main studios in Athens during the day (10:00-22:00), worked FOH at night clubs on weekdays (23:00-xx:xx), and spent my weekends around the country on tour. That was, of course, as much as a single person can endure in terms of time (sadly there are only 24 hours in a single day) and physical/mental exhaustion was common. I would sleep everywhere but my bed: couches, tour bus seats etc. That was my maximum. As a reference, if you divide, subtract, and multiply, it all averaged out to 350-400€/day, everyday, which was a solid amount of money to live off of in this small and blessed country. My rates could have been much higher, but  you get paid what you negotiate. I’m good at what I do, according to some people, but I’m not good at negotiating, according to me.

Nice memories, but I don’t see these times coming back anytime soon. I am still committed to the work, but now must settle for much less.

The live work I take these days offers anywhere from 100€ το 400€ depending on how large the “pie” is to cut.

For the past three summers I have been mixing stage monitors for a well known Greek duo which currently pays 300€ per event (I was offered the job in 2011 for 400€), plus expenses, and involves making sure everything is set up as expected on stage, ringing out the monitors and side fills, sound checking the band without the artists, and finally running the show for two or so hours with everyone happily entertained. Pretty typical for this part of the world and a job I enjoy even though this summer the dates booked were very limited.

Most winter live gigs take place in bars or small cafes nowadays. They involve more work setting up, running cables, and doing both FOH and Monitors for 3-4 people, and are often a challenge. I usually expect sub-par equipment, faulty cables, and substantially less pay. The challenge to overcome problems and troubleshoot the setup is a rush, I can tell you that. (Negotiated fees can range anywhere from 100-250€ per event.)

I try to take any audio related project in this present time since we’ve been in free fall — the economy, that is — these past years. Here are some examples of summer projects:

Times are tough in Greece. I find it hard to maintain good rates. Prices have gone down really fast. For example, a job that used to pay 150€ or 500€ now pays 100€ flat, take it or leave it. Most of the time it’s a tough decision to take low paying jobs because of what it does to rates. Then again, there is always gonna be someone out there who is willing to do the job cheaper. When I offer my “crisis struck” discounted rates at 250-300€/gig for larger events, there is always someone willing to do it up for 80€. Intense competition powered by poverty is driving down both quality and prices. Although work just feels like survival some days, sound engineering is what I do, and I try to do my best every time.