I didn’t have to go to college, but I’m glad I did. It was fun as shit.

There is nothing to stop you from calling yourself an audio engineer and making money at it without a degree. Most people just fall into it in one way or another, so why bother going to school?

‘Cause…fun. That’s the reason I chose to pursue a degree. So I guess that’s it for this post, thanks for reading!

No, not really. I also discovered a powerful form of creative expression and a marketable trade.

Honestly, I feel sorry for anyone that didn’t have a blast at their university. I loved mine. I did suffer at times in some of the academic courses, but I’ve always enjoyed learning, whether it’s about mixing boards or philosophers. But there are plenty of reasons why an audio engineering major is fun even if you’re not the kind of person who likes school.

The main reason that an audio engineering major was so exciting to pursue was that I was dying to learn how to do everything, and the program at City College held the only cure. I am a musician & songwriter (yes, I have a CD!), so I couldn’t wait to learn how to compose music in Logic and record other people’s bands in Pro Tools. I was a giant sponge soaking up every little piece of information that came my way, every single day of my college career. 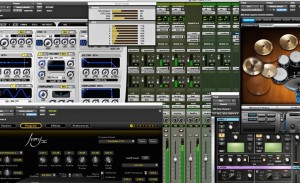 In my first year at the Sonic Arts Center, we learned everything about MIDI and sequencing. I came in knowing almost nothing and by the end of the year I was composing all of my music in Logic. In the second year we learned about recording acoustic music and using Pro Tools. I fought it at first, but whereas it took a month to master Logic, it only took two days to become a Pro Tools power user. By the end of the year I had a couple of regular hip-hop clients and the occasional rock band. And we didn’t just use the school’s recording studio, we had tie lines and access to every performance space in the music school, 24 hours a day.

The second reason that my audio engineering major was so fun is that I never had to worry about passing. I barely passed my physics final because of the intense exam, and I almost didn’t make it through philosophy because of all the writing we had to do, but in my audio engineering classes all we had to do was make music. My compositions weren’t brilliant, but they demonstrated my mastery of the subject we were working on and that was what mattered. I guess I should have asked my physics professor if I could test out with a song.

We did have tests, of course, but they were full of critical audio information that I needed to be creative. I’m not knocking physics, because now that I am a lot more interested in sound system design and optimization, my desire to understand the science of audio has increased and I’m sure I would do much better in that course if I took it now. At the time I didn’t see a long-term benefit to learning physics, but the immediate need to learn audio engineering skills was right in front of my face. It was the only thing standing between me and rock stardom! 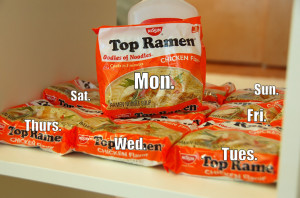 So now you might be thinking, OK, that sounds fun and all, but I bet it cost a lot of money. I could just have fun at a strip club with that money instead.

Here’s the thing: you have to educate yourself somehow. You can read books, take online courses, or go to a university. You can even work and get on-the-job training while you do this, but one doesn’t replace the other. You need both training and work experience. Plus, you’ll get a lot more enjoyment out of your work if you understand it at a deep level.

My tip? Go to a cheap school. The City College Of New York is about $3,000/semester compared to private schools nearby like Columbia or NYU that are about $23,000/semester. Some of my friends are still paying off their loans from those more prestigious names.

It doesn’t make sense to go to an expensive university unless it has a stupid-famous name like Yale or Harvard, and even then no one cares about that in our business. You are only as good as the work you produce.

How To Choose An Audio Engineering University 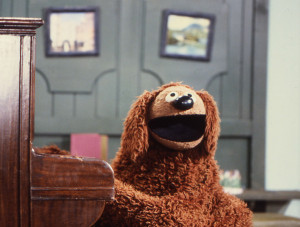 Every university is a little bit different. I applied to ten different schools that offered a four-year degree program and noticed a few themes. The first is that most audio engineering majors are part of the music program. That means you will take required courses in music theory, musicianship, voice, piano, etc. This was great for me, but it might not work for you. Also, be aware that some schools require that you major on a specific instrument. That means that you will have all of the requirements of the normal music majors plus your audio engineering courses. For me, that would have been overwhelming, but some of you might be badass like that. I know it wouldn’t have worked out because I spent my first year at North Texas studying jazz guitar and could barely keep up. Similarly, some schools require that you study electrical engineering along with audio. Some schools will even let you design you own degree program. Ellen Juhlin talks about doing this at Carnegie Mellon in my interview with her.

2) What audio engineering program gives you the most studio time?

Another common theme is that every student in an audio engineering major gets a certain amount of studio time. This should be an important factor in which program you choose, because you will only absorb as much information as you can quickly put into practice. With each new subject you’ll be banging the door down to get your hands on the gear, I promise. Smaller programs like the one I went to will get you upwards of 6-8 hours each week, which is great. Then you can sign up for extra time on the weekends and team up with other students to block out whole days for a serious recording session.

3) How many of their graduates got jobs?

The last criteria that I think you should be judging these audio engineering courses on is how many of their graduates are successfully employed? Like me ten years ago, you may think that you’ll be the best record producer in the world and nothing else matters. Enjoy that fantasy while it lasts! The truth is that we all need help when we’re starting out, and one of the best parts about going to school is the connections you make there. It’s almost like you are paying the professors to get to know you so that they will point you in the right direction and connect you will the right people.

I have to admit, the Sonic Arts Center did not do that for me. One reason they weren’t helpful was that I moved to Portugal soon after graduating, but more importantly they did not have a viable internship or job training program set up then. Fortunately they now do. Before I went for my first campus visit, my dad said, “Make sure to talk to some of their recent graduates and see if they are getting jobs.”

Sorry, where was I? Oh yeah, make sure to ask about each school’s job placement program and see if you can get in touch with some recent graduates to ask about their experience with the program. The school should bend over backwards to make that information available to you.

Remember Nevin Steinberg? He strategically chose his jobs after school to work with sound designers he knew would help him get more work down the line. Remember Darryn De La Soul? She made it her life’s mission to put her students in every music venue in London. Isn’t that the kind of person you want to train with?

I read somewhere as a freshman that you should choose your degree program as though you were going to die the day after you graduate. It seems morbid, but it’s a good way of choosing a path that will make you happy. That’s what I did. I wanted to learn how to record my music and do the same thing for others, and it was incredibly rewarding. It was an added bonus that I learned a trade and started making money before I even graduated.

If you have any more questions about the program I went through or audio engineering majors in general, comment below.